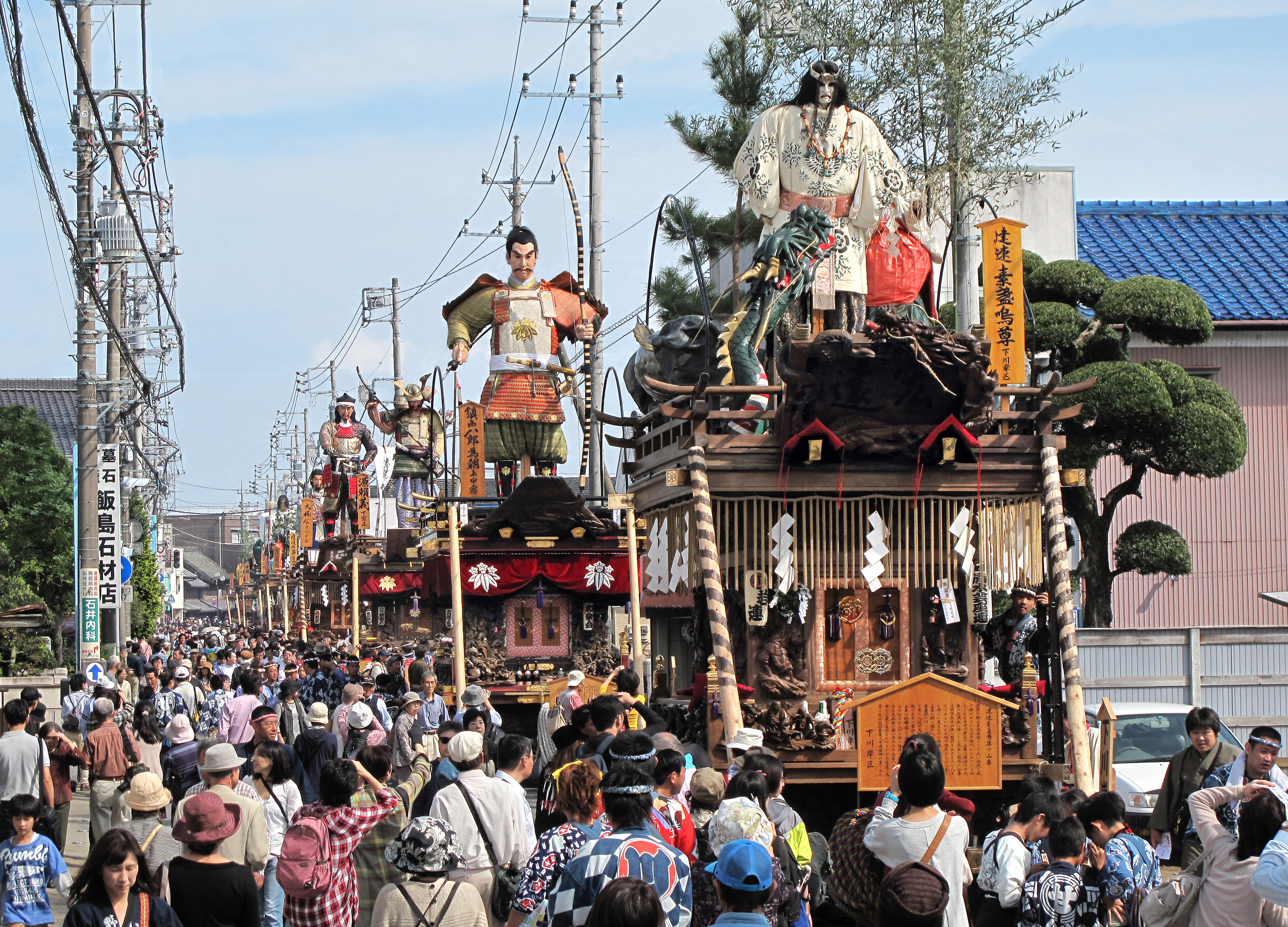 The highlight of Sawara Grand Festival is the float parade, which has been designated as an Important Intangible Folk Cultural Property. In summer, there are 10 floats, while in autumn, there are 14 floats. These floats, which feature sophisticated dolls and wood carvings, were created by craftsmen invited by wealthier merchants from Edo (present-day Tokyo). Local merchants would compete with one another to see who could have the largest doll on top of their floats, leading to dolls up to 4 m (13 ft) tall!

The festival’s current form was established and refined during the late Edo period (1603-1867) and Meiji period (1868-1912). During the festival, people carry out a departure ritual, perform a dance, and gallantly steer the floats to the melodic chanting of sawara bayashi, one of the three greatest festival musical performances in Japan, performed by about 15 people playing traditional instruments aboard each float. Another interesting aspect about the parade is that the floats are sometimes spun, as if to write the hiragana character “no” in a unique maneuver called no-no-ji-mawashi.

The lantern-lit floats marching along the Ono River at night to the elegant sawara bayashi music is a must-see. This picturesque scene reminds one of what Sawara used to be like during Edo period. 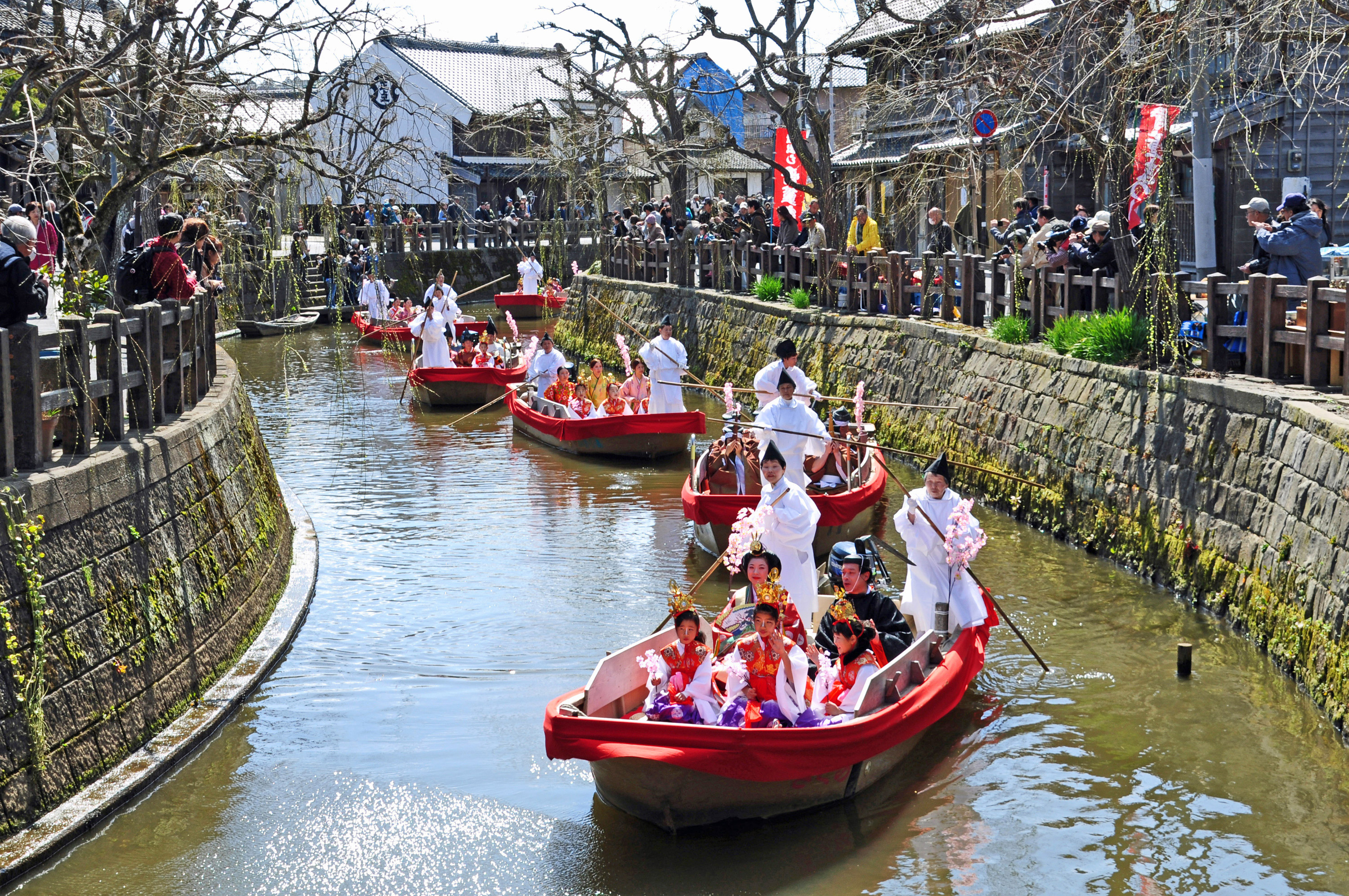 Hina Matsuri, also known as Girls’ Day, is a festival to pray for the health and safety of daughters. This is done by displaying hina dolls during the Peach Festival (Momo no Sekku), one of the five seasonal festivals that are held on auspicious dates of the lunar calendar. The Peach Festival takes place on the third day of the third month of the lunar calendar, when the seasons change. It is said in Japan that people are more prone to illness when the season changes, and so, divine services have traditionally been held during this time to protect the people from illnesses. In the past, people would cleanse themselves of impurities by rubbing their body with dolls made of wood, plant, and paper, and then releasing those dolls into the river or the sea. As time passed, daughters began to play with dolls that were said to carry the parents’ prayers and hopes for their daughter’s prosperity. Similarly, these dolls were regarded as an important part of a young woman’s dowry. As craftsmen created increasingly elegant and beautiful dolls, people began to display these dolls on Hina Matsuri.

A typical hina doll wears clothing that resembles the clothing of a high-ranking courtier working in the Imperial Palace during the Heian period (794-1185). The number of tiers and dolls displayed in a household would vary depending on the family’s wealth. Many wealthy merchants lived in Sawara during the Edo period, when it was flourishing so much that it was even once called “Edo masari” (superior to Edo). As such, many shops and stores owned many luxurious dolls, which have been handed down from generation to generation, and are now on display for sightseers to see. During Hina Matsuri, an event called Sawara Hinabune, in which people dressed in Heian period attire perform traditional court music aboard a Japanese flat-bottomed boat (sappa bune), is held, creating an elegant, historical atmosphere along the Ono River. 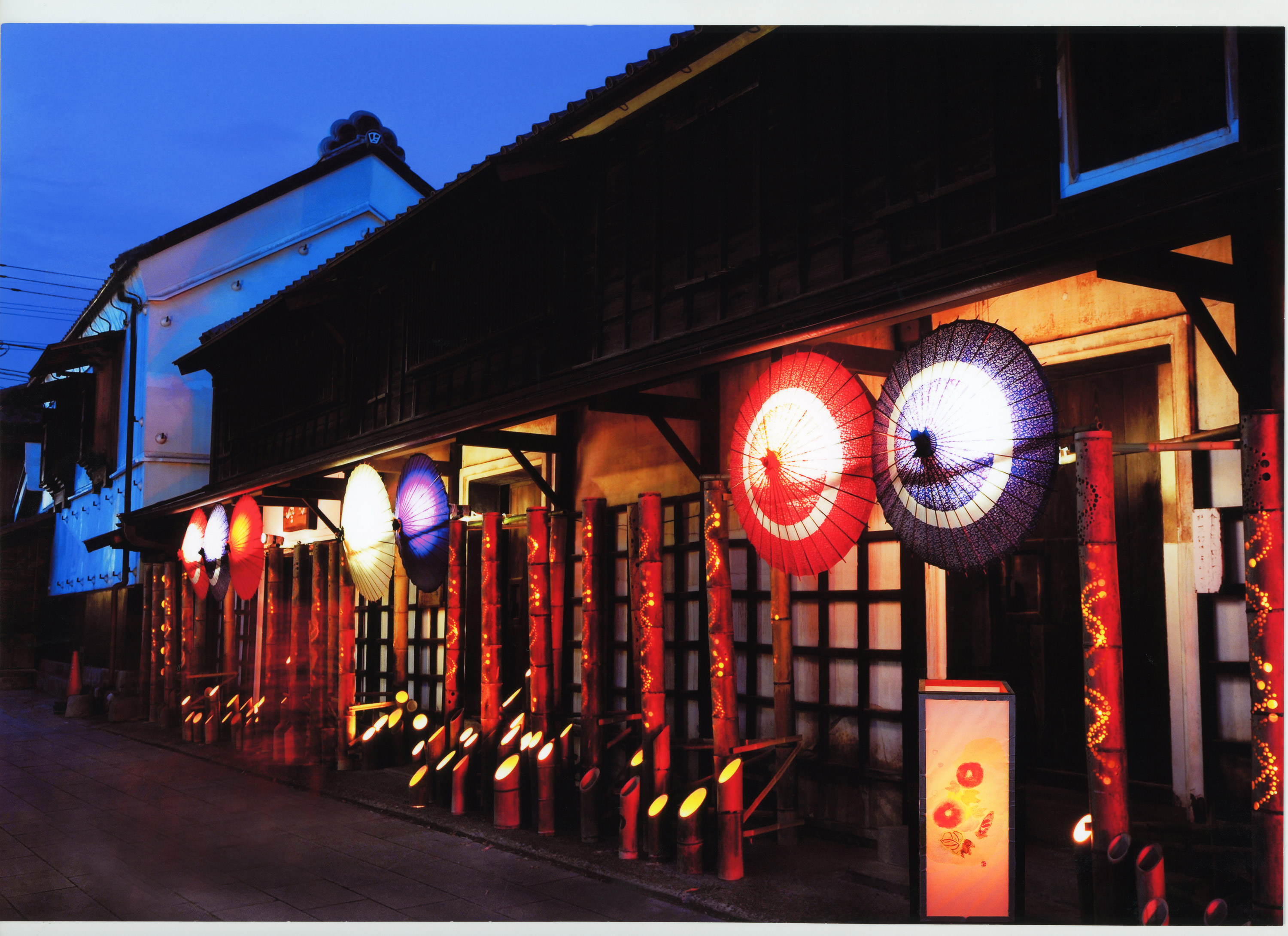 The Sawara Wives’ Association organizes a lantern event in Sawara every mid-August during Obon season. During Obon, Japanese people light fires in the evening to welcome the spirits of their deceased loved ones and to later send them off. On the final evening of Obon, people would participate in a ceremony called tōrō nagashi, in which people would float lanterns down a river to guide the souls to the spirit world. During Sawara’s Bamboo Lantern event, people can participate in a similar event called yume tōrō nagashi, in which people write their wishes and dreams on a lantern, which they then release into the Ono River. 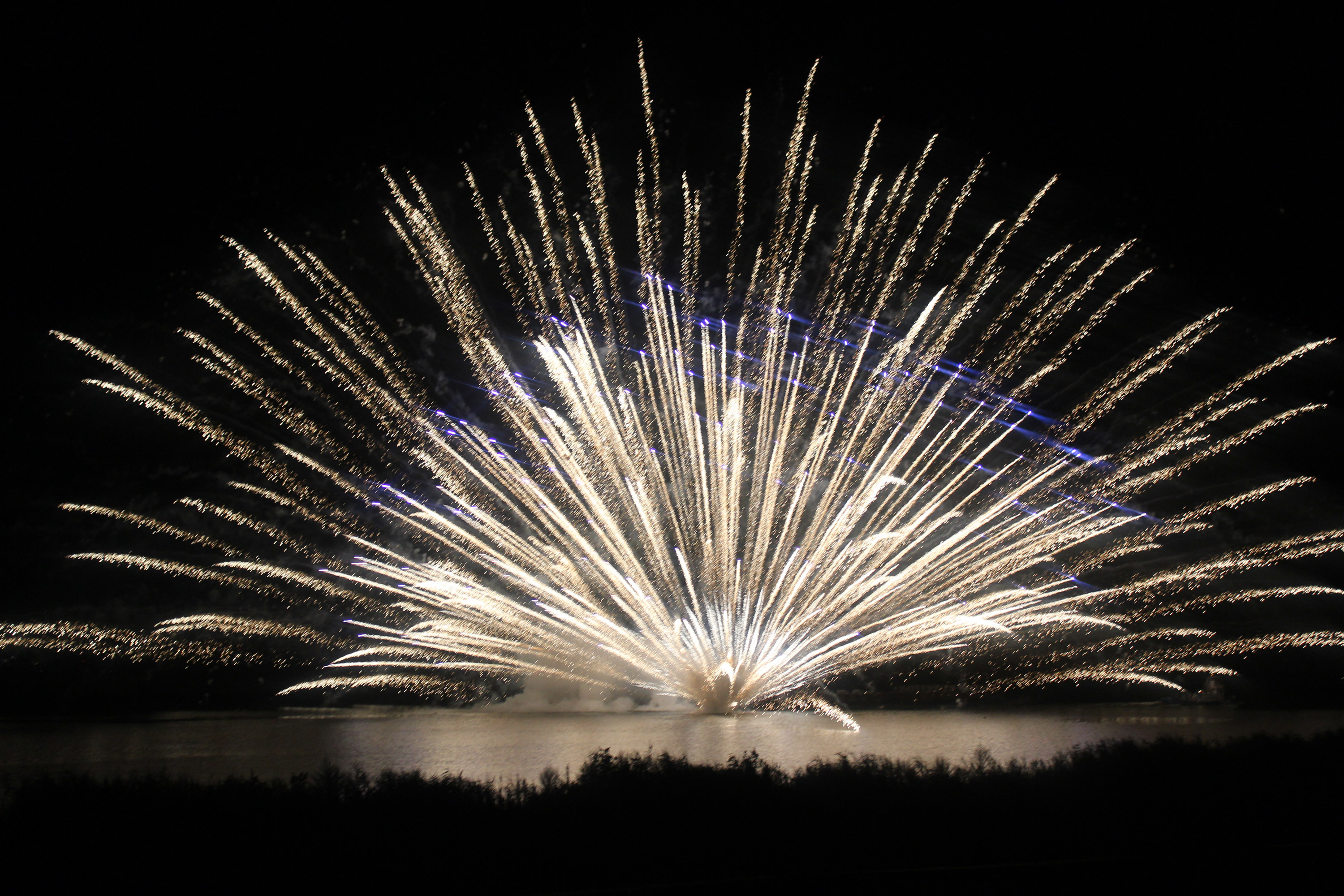 One of the greatest fireworks events in Kanto, the Suigo Omigawa Fireworks Festival has been lighting up the night sky over the riverside region for more than a century. This annual festival is held on August 1st on the bank of the Tone River near Omigawa-Ōhashi Bridge and attracts more than 150,000 spectators each year. Of the 8,000 fireworks set off during the festival, the spectacular views of the underwater star mine fireworks and the Niagara Falls fireworks have especially won high praise.